How does one measure the depth of a mother’s love? Pattie never thought it possible until she experienced every mother’s worst nightmare—twice.

With all three kids in college and thriving, Pattie is excited about embarking on her new career as community relations manager at Barnes & Noble. That is, until she receives word that her nineteen-year-old son has been admitted to the Medical University of South Carolina and tagged “John Doe” after he suffered a traumatic brain injury. Now her sole concern is to get to Charleston, 250 miles away, before he takes his final breath.

Although Casey is given only twenty-four hours to live, Pattie clings to her faith and refuses to accept her son’s death sentence. During Casey’s long and arduous healing, Pattie takes a hard look at the past—the kids’ tender childhood memories, their challenging teenage years, the skeletons in the closet, and the circumstances that have formed her into who she has become. When tragedy strikes again, Pattie must make a choice—to remain stuck in her grief or to step into the life she’s meant to create.

Moving and heart-wrenching, A Mother’s Dance is a story about hope, perseverance, self-discovery, hard choices, and most importantly about love . . . the sad and the wondrous.

“I wrote this book in hopes it would bring healing to others,” Hall says. “Instead I discovered that I was the one who healed.” 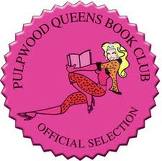 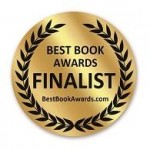 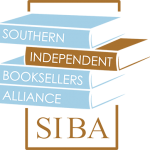 “Pattie’s touching memoir is the heart and soul of a mother’s love—from happiness to despair, and everything in-between. It will inspire you to face calamitous events and refuse to be conquered by them.”

“A consistently compelling read from beginning to end, A MOTHER”S DANCE is one of those personal stories that will linger in the mind and
memory of the reader long after the book itself has been finished and set back upon the shelf.”

“Pattie Welek Hall has turned a mother’s worst nightmare into a dance so full of love, your heart will ache. Oh, the lengths she’s willing to go to to save her son. Read it, and celebrate love at its most scary–and most beautiful.”

“Pattie Welek Hall shares her heartbreaking story with grace and eloquence. Never do the tears feel forced, or the cheers undeserved. Every scene brings new challenges and hope…always hope. A true testimony to a mother’s love.”

“A Mother’s Dance is a love story between a mother and her children. Written in exquisite detail with sensitivity, grace and deep spiritual insights…”

Believe, a children’s book, is a story about the loss of a child…a heart’s healing journey…and the bond of a mother’s love.