Hello everyone! Gosh, I’ve missed you!

Wow, how long has it been since I wrote a blog? Feels like forever. But I do have a valid reason for not posting. Like an ostrich, I’ve buried my head in the sand and have been furiously working on edits for my book. But that’s another story for another blog.

What I want to share with you today is a story that is close to my heart. Eleven years ago, on January 16, my son passed away. And it has been my tradition to send up balloons on that day honoring and celebrating his life, a life that ended too soon. 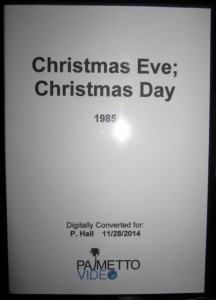 A few days before the big day, Annie, and her husband, Carey, came over. We feasted on Shrimp and Grits and salad, downed a couple glasses of wine and beers (Carey) then watched an old family movie, Christmas 1985. Before the kids walked out the door, we gathered at the breakfast bar and rehashed some of the hilarious moments caught on tape–the boy’s constant cry for attention, and Annie’s independence at fifteen months old. The laughter stopped and the mood shifted as Bo’s anniversary became the topic of discussion. After I shared my plans for that momentous occasion, the kids announced they wanted to join me. My heart almost leaped out of my chest. 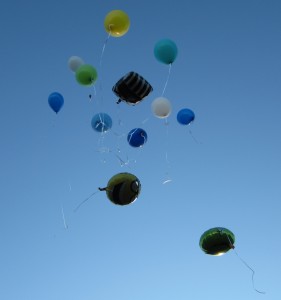 On Friday, we met at the park just as the sun was slipping from the twilight sky. After stapling a red paper heart to the strings, part of Bo’s signature, we walked onto the open field, said a silent prayer, and on three let the balloons go. As we watched the twelve balloons—eleven signifying the number of years with one to grow on (another part of my ritual)—dance to and fro, dip, then get sucked into the upward currents through the cloudless skies to heaven, I had to chuckle.

Just moments earlier Carey shared that two balloons had popped while in transit to the park. I believe Bo was riding in the car, popping the extras to make sure he received the exact number for his party, and probably laughed as he watched Carey jump and listened to his heart quicken. Some things never change—Bo’s fine eye for details and his desire to make people laugh. 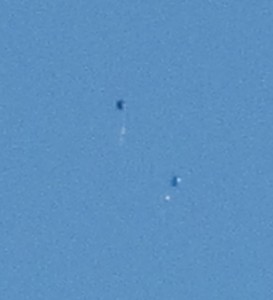 Five minutes later, the balloons began to disappear into the void and I imagined Bo on the other side shouting to his buds in heaven. “Here they come. I told you my family would remember me.” Then he grabbed them one by one and strutted over to his party, his smile more brilliant than the sun, and shouted, “Let the party begin!”

What I discovered this year, unlike the years in the past, was something shifted inside me—from heart-wrenching pain to joy. Rather than focusing on my brokenness, I found myself embracing the joys—the joy of birthing my son, sharing each moment of his short life, remembering his laughter and the memories that time can’t erase. I now choose to focus on his light, his love and the joy he brought into my life, as Bo would want it to be. For that, I am eternally grateful.

If you have a story about sending balloons to your loved ones, please share. We are all in this together supporting one another through the healing process. And please know, my heart is ever with you.

One thought on “Balloons Going Up!!!”

Order your copy of A Mother's Dance 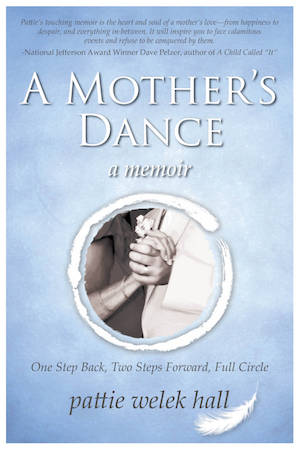